Susan A. Stern, MD is Professor and Inaugural Chair of the Department of Emergency Medicine at the University of Washington (UW) in Seattle, WA. Dr. Stern received her medical degree from Case Western Reserve University in 1987. She completedan Emergency Medicine Residency in 1987 and a Research Fellowship focused in Resuscitation Science in 1991, both at the University of Cincinnati. Following completion of fellowship, she took a faculty position at the University of Michigan (1993-2009) in the Department of Emergency Medicine. At the University of Michigan, she continued her research efforts to develop and evaluate alternative novel resuscitation strategies in the very early period following traumatic hemorrhagic shock.Her laboratory was among the first to establish a large animal polytrauma model of combined TBI and uncontrolled hemorrhage, which several other laboratories have since adopted or used as a framework for investigation. Dr. Stern spent several months as a Visiting Professor at the Naval Medical Research Center in MD and during that time assisted the NMRC research team in the development of a novel model of combined TBI and blunt liver trauma, which they continue to use. While at the University of Michigan, she also served as the Associate Chair for Education (2004-2009) and completed theUniversity of Michigan Health Center / Ross School of Business - Healthcare Leadership Development Program.

Dr. Stern moved to the UW in 2009 where she has led the development of the Department of Emergency Medicine. Her laboratory team continues its research focus on resuscitation from hemorrhagic shock. 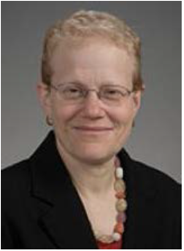