Vice Chair for Education and Residency Director for the Department of Emergency Medicine; Past President, SAEM University of Massachusetts Medical School

Dr. Steve Bird grew up in Illinois and obtained his degree in biology with honors from Yale University in 1991. While at Yale he conducted research for 3 years with Prof Sidney Altman, Dean of Yale University and winner of the 1989 Nobel Prize in Chemistry. He then graduated AOA from Northwestern University Medical School under a Navy health professions scholarship program.

Initially interested in neurosurgery, Dr. Bird spent 2 years as a surgery resident at Naval Medical Center San Diego. His surgery training was then interrupted as he was selected for Naval Flight Surgeon training. After spending 6 months in Pensacola at flight school, he was deployed to Okinawa, Japan (along with his wife, AnneMarie, a Navy officer) for two years, serving as a flight surgeon with the United States Marine Corps.

Dr. Bird then elected to resign from the Navy (and from neurosurgery) and pursue emergency medicine residency at the University of Massachusetts Medical School, where he served as chief resident followed by a fellowship in medical toxicology, also at UMass. He has remained as faculty at Umass since 2004 and was residency program director from 2011-2019.

Dr. Bird is currently the Chief Experience Officer (CXO), for UMassMemorial Healthcare and the University of Massachusetts Medical School. In that role he is responsible for all physician engagement and wellness activities across the 5-hospital system. 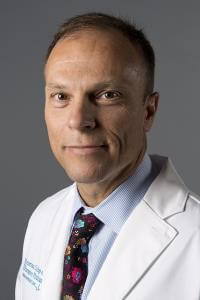