Dr. Hamilton is Professor and Chair, Emergency Medicine, Drexel University College of Medicine. He is a graduate of the University of Pennsylvania and Hahnemann University College of Medicine. He trained at the San Diego Naval Hospital and the Naval Aerospace Medical Institute, completed EM Residency at the Bronx Municipal Hospital Center / Albert Einstein and his Toxicology Fellowship at New York City Poison Control Center / NYU Bellevue. Dr. Hamilton's research interests include synthetic cannabinoids, MRSA, pharmacology, toxicology, applying game theory to medicine, and aerospace medicine. He has received awards for his teaching and research and is a widely published author of manuscripts, textbooks, and book chapters and holds several patents.

Dr. Hamilton is a retired US Navy Captain and Navy Flight Surgeon. He continues to publish in the area of acceleration physiology as well as centrifuge training of aviators, astronauts, and commercial space flight participants. He is the Centrifuge Medical Officer for the NASTAR Center (www.nastarcenter.com). There, he oversaw the training of the Virgin Galactic Founders commercial astronauts and is on the VG Medical Advisory Board. 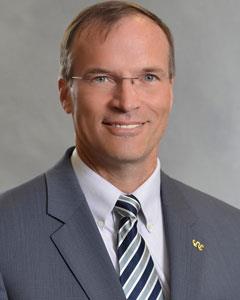