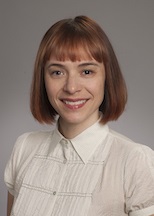 I am a flexible, highly organized, and very dedicated person. I have served on the ADIEM executive board as a member at large for the past two years and learned much about its governance and goals. This year will be my second year of having a collaborative (with members across the US) didactic related to diversity and inclusion accepted at SAEM’s national conference. I have been my Department’s Co-Chair for our Diversity and Inclusion Committee since 2016 and run our Facebook and Instagram accounts. In the past I have served as Banquet co-chair (2 years) for my Medical School’s large annual SNMA fundraiser where we would regularly attract over 150 people to participate. I was also the conference director for the first ever national Latino medical student conference (back when the organization was called NLLAMS). Both required networking, fundraising and organizational skills. I hold a Masters in Clinical Research, which again is largely a testament to organizational skills as well as creativity. Explain why you are running for office and what you hope to accomplish if elected. ADIEM already serves its members and academic emergency medicine well by adhering to its mission statement goal of "enhancing the retention and promotion of those historically under-represented in medicine and to create an inclusive environment for the training of emergency medicine providers".

ADIEM should continue to propel its presence and impact in SAEM by further expanding its social networking (we now have a presence on Instagram and Twitter but we could promote and support these better) we could also encourage everyone to participate in the linking or labeling of conference didactics and abstracts that speak to equity, diversity and inclusion. In keeping with expanding ADIEM’s impact we have a partnership with the NMA, but we should still consider outreach and coordination with the NHMA (National Hispanic Medical Association) and other national LGBT organizations. I would consider promotion of diversity and inclusion into residency curricula as another venue that would serve not only our members but also SAEM and our patients better as a whole. Working on and promoting events, policies, and research related to diversity and inclusion is something I have been dedicated to for over a decade and hope to continue as ADIEM’s next development officer. 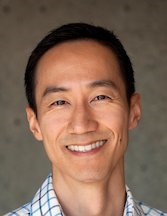 One of my professional missions is to enhance diversity in EM as I believe it can address health care disparities, lead our specialty and the house of medicine towards a more equitable profession, and produce more impactful patient-centered research. In my tenure as an emergency physician and medical educator, I worked to further workforce diversity through teaching and education on a national level, by engaging in research, via mentoring, and by rolling out initiatives on a local level to support those underrepresented in medicine. With these experiences, I have also seen efforts delayed or not come to fruition due to funding and initiatives that could have benefited from more longitudinal vision and planning. I feel I can contribute to ADIEM’s robust missions through providing an additional lens for the executive committee that incorporates development. I aim to work to unlock funds to further our goals by expanding on fundraising strategies and grant opportunities, while maintaining existing funding.

I completed my MD at the University of California at San Francisco, concurrently with a MS in Health and Medical Sciences at the University of California at Berkeley, before undergoing EM residency training and chief residency at Boston University Medical Center. While a member of SAEM for over 10 years and ADIEM for 5 years, I have not held a leadership or executive position within SAEM. However, I currently serve on the ACEP Education committee, as well as the ACEP Maintenance of Certification committee. I recently completed my 3-year tenure as conference Co-Chair of the CORD New Programs and Leadership track. I have further experience serving on an executive committee as a former Member-at-Large on the Leadership Council of the UCSF Academy of Medical Educators.