The candidates statements are listed in alphabetical order. 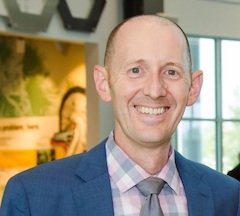 I am a results-oriented leader with proven success in balancing operational efficiencies and business growth while implementing strategic initiatives with optimal outcomes. I have a remarkable track record of building and fostering strategic business relationships with key stakeholders, creating loyalty which resulted in increased revenues and bottom line profitability.

I completed my Master of Business Administration at the Krannert School of Management - Purdue University and have assembled my leadership career in healthcare over the past 15 years, which includes both academic health center and private practice groups. My experience includes Cincinnati Children’s Hospital Medical Center, Indiana University Health - Indiana University School of Medicine and most recently as the Administrator for the Department of Emergency Medicine at the University of Florida College of Medicine in Gainesville.

I am an active member of AAAEM and have served for the past two years in the role of Chair for the Communications Committee. This role has provided exposure and opportunity to actively contribute to the success of the academy. I am running for a member-at-large position to serve members, gain a better understanding and appreciation for the great work of those who have served and the academy. If elected as a member-at-large, I will be engaged and serve members in an active and transparent manner that will continue to foster and increase the momentum of success for the academy.

I received my bachelor degree in business administration from Mississippi College and my MBA from Millsaps College. I completed a Ph.D. in Clinical Health Sciences at the University of Mississippi Medical Center in 2013. I still teach for the University of Mississippi system in an online program for the Department of Health Sciences. I have been a member of AAAEM since 2013. Since that time, I have been an active member of the benchmarking committee. I have also previously served as an at-large member of the Executive Committee and currently serves as chair of the Education Committee. Starting in 2019, I  joined Kirsten Rounds, creator of the Certificate in Academic Emergency Medicine Administration (CAEMA) program, to co-direct the CAEMA program.

I am running to be on the executive committee as an at-large member to continue the incredible work done by the founding members of AAAEM and the most recent groups of executive leadership. It is my firm belief that their leadership has turned our academy into such a dynamic and exemplary body. In my 15+ years of academic healthcare administration, I have been a member of three professional organizations. I can say without hesitation that AAAEM is at the highest caliber in our industry. I am proud to be a member of this group of people, and proud to be associated with such dynamic leaders. If elected as an at-large member, I would hope to use my voice to advocate on behalf of the membership for new and exciting ways to provide educational opportunities, engage current and grow future membership, and provide wellness resources to our academy. 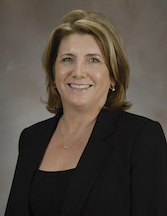 I am the Director of Management Operations III for the McGovern Medical School, Department of Emergency Medicine at the University of Texas Health Science Center at Houston (UTHealth) where I have served as the chief business, finance, and administrative officer for the academic, research, and clinical service areas of the department since April, 2006. I earned my BS in Health Care Management from Saint Leo University and I completed the Certificate in Academic Emergency Medicine Administration program in 2018. I joined the University in 1987 spending the majority of my early years in Systems Management where I helped plan, develop, and teach technical training programs for our clinical billing and scheduling systems. I took the lead role in implementing various applications across the enterprise. Over the years I have served on several committees at UTHealth as well as a team leader on special projects for University of Texas Physicians (UTP), the practice plan’s management team responsible for the oversight of the school’s clinical operations for which I received recognition as “Best of the Bests” two years in a row for my service. I served on the University’s Revenue Cycle Operations Committee tasked with oversight of the clinical billing and collection operations from 2009-2013. I am a founding member of the Academy of Administrators in Academic Emergency Medicine (AAAEM) and served on the first Executive Committee as an Advisory Panel member from September 2008 – June 2010. I was a member of the organization’s Planning Committee in 2009 and 2010, the Membership Committee 2009 –2011, served as the Strategic Planning Committee Chair 2012 –2014 and member 2015-2016, and has been on the Benchmarking committee since 2017. As a member-at-large I hope to serve the members of the academy by representing their best interests to the executive committee and helping the academy successfully advance our mission in the coming year. 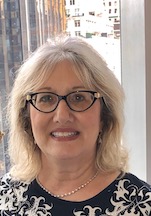 I am a successful senior executive leader with over 35 years of achievements in academic health center administration, including both the hospital and school’s administration of the Emergency Department. Having been one of the co-founding members of the Academy of Administrators in Academic Emergency Medicine (AAAEM), I have held roles of President, Vice President, Member at Large and chaired various committees including the Communications committee and membership committee, I have taught a class in the CAEMA program on Acquisitions and Mergers based on my experience when Mount Sinai merged with the Continuum Health system and I’m committed to sharing all of my expertise with the rest of the members of AAAEM.

I am enthusiastic, thoughtful, and would love to continue to work with my colleagues in AAAEM and SAEM- bringing forth new ideas, initiatives and sharing in collaborative projects among my peers.

My education includes a Masters of Public Health from Yale University School of Medicine and a Bachelor of Arts from SUNY Stony Brook. I’ve also participated in a program in Copenhagen Denmark on the Danish Health Care System/ Welfare State while studying for my BA at Stony Brook.